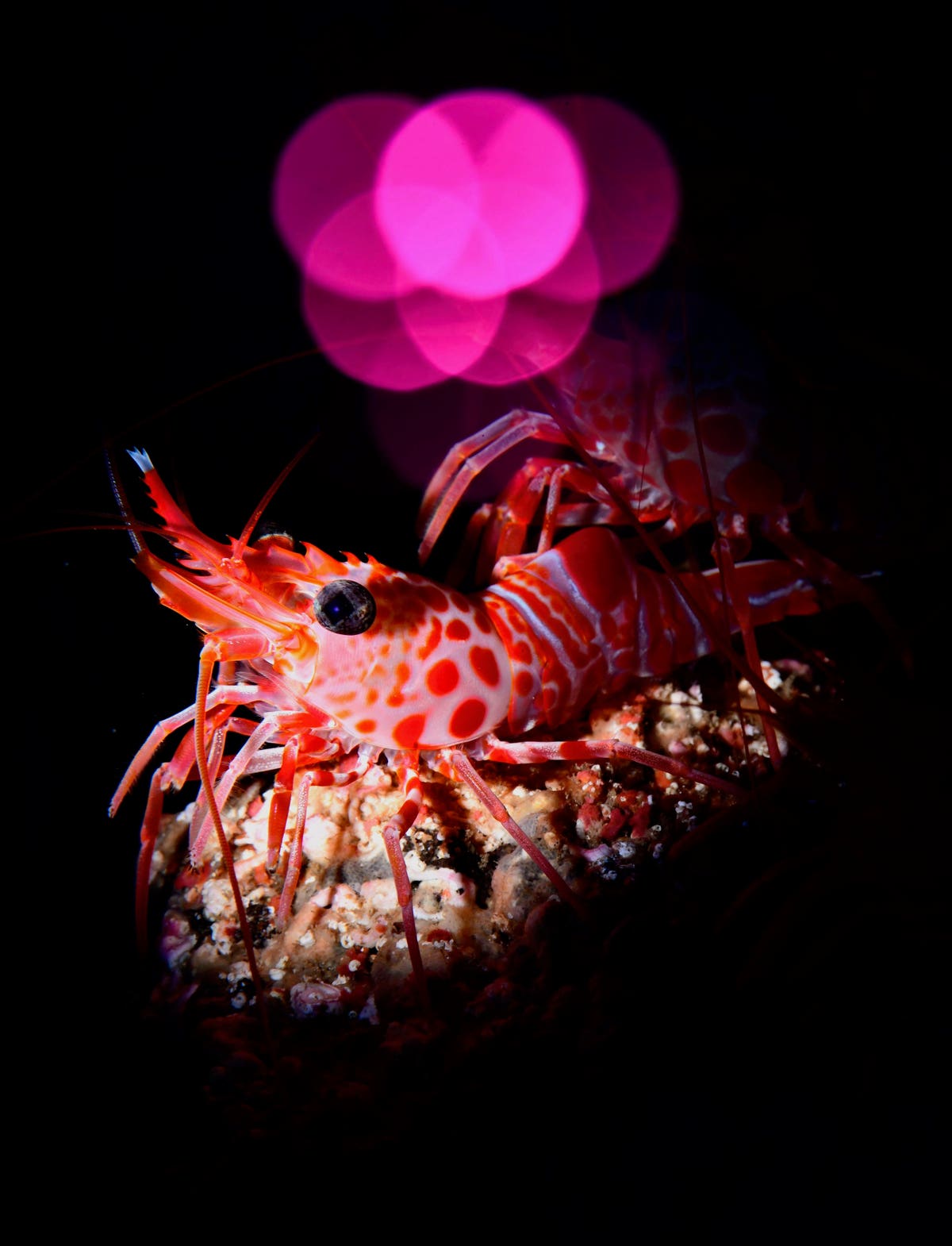 Historically reputed for producing excellent fortified wines, the island cluster of Madeira in the Atlantic Ocean has been attracting visitors for different reasons during the past two decades. This island group—located west of Morocco and north of the Spanish Canary Islands—is now known for adventure sports such as hiking, paragliding, mountain biking and scuba diving. The island archipelago, which is an autonomous region of the European country of Portugal, was host from October 4th to 9th this year to the 18th World Championship of Underwater Photography, and 4th such championship for underwater video.

Kerim Sabuncuoglu is President of the Visual Commission of the World Confederation of Underwater Activities (CMAS), which coordinated this diving event. CMAS is an outgrowth of an organization founded in France in 1959 by ocean explorer Jacques Cousteau, and which is now based in Rome.

Sabuncuoglu grew up in Istanbul, Turkey, and immersed himself in water sports when he could.

Attracted by underwater images, he bought a trove of photography gear via eBay, then followed his passion. Sabuncuoglu’s own photograph of a dead moray eel, photographed in Bodrum, Turkey, caught attention because the death was caused by the eel entangling itself in a fishing line. For that image he won the 2021 Ocean Conservation Photographer of the Year award.

CMAS, together with the Portuguese Federation of Subaquatic Activities (PAS) and the Swimming Association of Madeira (ANM) hosted the underwater photo/video event off the coast of the island of Porto Santo, a two-hour boat ride (or 12-minute flight) southeast of Madeira.

‘The competition is the most important of its kind,’ Sabuncuoglu continued. ‘We have a hundred divers from 18 nations competing underwater. Unfortunately far-east countries such as China, Japan and South Korea could not make it this year because of the pandemic, but this year for the first time Kuwait is here. Teams of two people dive at a specific time at one of four locations around the island for 90 minutes, and cannot dive more than 30 meters in depth. We have pages of rules.

‘When the divers surface we take the camera videos and photos, format the cards and seal off the cameras so that no one can alter images or insert images that were taken before. We only allow software to alter photos according to the ability of the camera, and it can only be done when the divers are underwater. We have underwater referees checking to see if divers are harming underwater flora/fauna, and emergency boats for ocean rescues.’

‘It’s a very expensive sport, so having nine champions instead of one means more social media following, and more sponsorships.’

The top photography awards by category this year went to Chile (team Yakasovic/Duarte) for ‘fish,’ also to Chile (same team) for ‘close-up;’ to Croatia (team Zurub/Mihaljinec) for ‘crustacea,’ to Turkey (team Pasa/Pat) for ‘creative,’ to Hungary (team Lorincz/Takár) for ‘wide angle,’ and to Italy (team Cicerchia/Molsa) for ‘wide angle with model.’

The winners for subaquatic video were Germany (team Boettcher/Riegel) for the category ‘unedited,’ to France (team Maignot/Locqueneux) for ‘short movie,’ and to Spain (team Illan/Barros) for ‘movie.’

‘We are showing people the beauties of the underwater world. People on land who are not fortunate enough to go diving do not know what is hidden underwater. The idea here is that if you see what is there, you try to protect it. You love it. Those divers are now tourism representatives for Madeira for now on. They will be sharing their images—on land and underwater.’

‘Porto Santo is an amazing place for diving. The island is equipped with the needs for the competition. They have tanks, weights, and are very prepared for emergency situations. Divers came here for training dives, and love the flora and fauna underwater. Importantly, the people of Porto Santo have big hearts, so visitors are enjoying themselves.’

Porto Santo island is only 16 square miles [42 square kilometers] in size. This was where navigator Christopher Columbus met and fell in love with Filipa de Moniz, the daughter of the local governor, in the year 1479. The two later married in Lisbon. Each year residents reenact the landing of Columbus on their shore—with locals wearing period costumes on the beach, and a full-sized galleon sailing to shore. Island life, heritage, and culture revolve around the ocean.

Renée Cappozzola from the U.S. city of Los Angeles presided over the photography jury for this CMAS event; she traveled to Porto Santo for the judging.

‘It’s a very difficult job because we get a lot of images that we need to look through. One of the things we all look for initially is the ‘wow factor.’ Does the image make an impression on us? We also evaluate images in terms of composition and lighting. Participants are not allowed to make adjustments or cropping of pictures. We’ll look at overall technical details of images. We also have six remote jurors who will be voting from all over the world. Our combined seven scores will determine winners.’

‘I went wreck diving this morning. Very impressive. Beautiful visibility, lots of marine life. Because it’s a large wreck, there will be a large variety of images.’

Teofilo Cunha is Secretary of the Seas and Fisheries for the Autonomous region of Madeira. He spoke of the region’s respect for conservation.

‘We have 10 diving schools in Madeira, Porto Santo and Deserta islands, as well as a protected area with over 40 species of seals. Two thirds of the land of Maderia islands are protected. We also protect areas in the seas. We have more protected land in terms of numbers and surface area than anywhere else in Portugal. A challenge we face is integrating ocean protection with the fisheries industry. What is most important is giving to the future a better ocean than we have received.’

Event Manager Pedro Vasconcelos, based in Madeira, works with a diving school. He provided local input about the event.

‘Porto Santo and Madeira are very similar in terms of sea life and fish, but Porto Santo has greater visibility and transparency of water. There are 113 divers and about 70 staff at this event. There are not enough resources to manage this event on Porto Santo alone, so we had support from local and regional governments and the tourism bureau.’

At the awards dinner after the event, Licínia Macedo (formerly Miss Portugal and now a television presenter on RTP Madeira), mentioned her own reasons for loving Madeira—besides its beautiful diving. ‘The food, the wine, the mountain walks. We have quality of life and feel safe and have good weather all year,’ she said before asking her audience, rhetorically: ‘Did I convince you to return?’