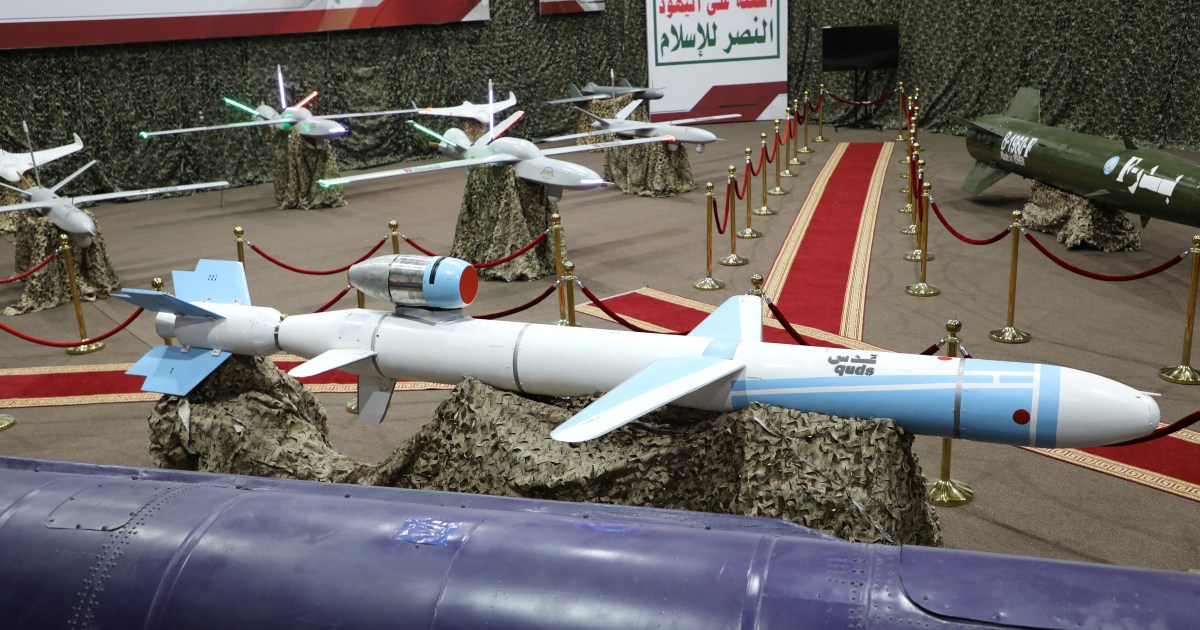 Saudi-led coalition later said it attacked 13 targets in Yemen during a military operation against the group.

Yemen’s Houthi fighters said they fired 14 drones at several Saudi cities on Saturday, including at Saudi Aramco facilities in Jeddah, with the Saudi state news agency reporting that the Saudi-led coalition attacked 13 targets in Yemen during a military operation against the group.

Yahya Saree, the Houthi military spokesman, said in a televised press conference on Saturday that the group had attacked Aramco’s refineries in Jeddah as well as military targets in Riyadh, Jeddah, Abha, Jizan and Najran.

Saree said the attacks were in response to the escalation of “aggression” by the Saudi-led Arab coalition “and the continuation of its crimes and siege” of Yemen.

However, inaccuracies were reported in Saree’s statement – it mentioned the wrong name for the international airport in Jeddah and the wrong location for King Khalid base, saying it was in Riyadh when it is actually in the south of the kingdom.

While there has been no comment from the Saudi-led coalition on the drone-attack claims, the Saudi Press Agency (SPA) said the coalition’s operation in Yemen on Saturday hit weapons depots, air defence systems and drones’ communication systems in the capital Sanaa as well as Saada and Marib provinces.

The Iran-backed Houthi group regularly announces rocket and drone attacks on Saudi territories, saying they are a reaction to the coalition’s assault on Yemen.

Raiman Al Hamdani of the Yemen Policy Center told Al Jazeera that there are many reports “coming out now that Saudi Arabia does not want to continue its investment in the conflict in Yemen, but rather [it wants to] move its investment towards protecting its borders.

“So, the more the Houthis shoot drones or even claim – even though they may not have been attacking all these drones – it sounds good for them because it makes Saudi Arabia look a little weaker and it makes them look like they’re in charge of the battle,” Al Hamdani said.

“As such, the Saudi Arabians cannot be quiet when all these drone attacks continue to hit civilian and non-civilian infrastructure in Saudi Arabia, so these air strikes have done very little in the past to curtail the Houthi spread and I don’t think they’re going to do much to do so today.”

Yemen has been beset by violence and chaos since 2014, when Houthis overran much of the country, including Sanaa.

The crisis escalated in 2015 when a Saudi-led coalition launched a devastating air campaign aimed at rolling back Houthi territorial gains.

According to the UN Office for the Coordination of Humanitarian Affairs, the conflict has killed more than 233,000 people.

Efforts led by the UN and US to engineer a ceasefire in Yemen have stalled.

The conflict, seen as a proxy war between Saudi Arabia and Iran, has been in a military impasse for years.

The Houthis are pressing an offensive in Marib, the internationally recognised government’s last northern stronghold, as well as in other areas in Yemen.