Fighter Jets Versus Drones Over The Middle East – Forbes 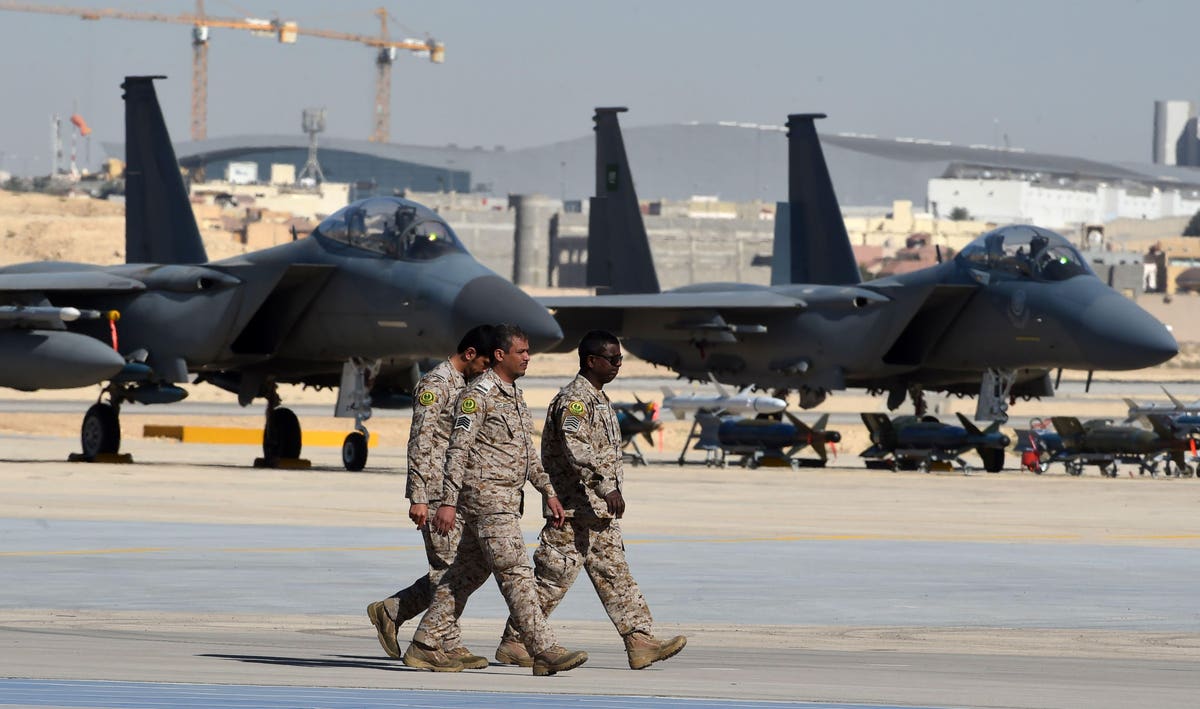 A Royal Air Force Eurofighter Typhoon shot down a small drone over the U.S. Al-Tanf base in southern Syria this month. The RAF fighter used an Asraam (Advanced Short Range Air to Air Missile) to destroy the small incoming drone.

The U.S. hasn’t deployed any air defenses to Al-Tanf as it has in bases in neighboring Iraq that have been threatened by rocket and drone attacks. Consequently, enemy drones threatening Al-Tanf have to be intercepted by jets. In the past, U.S. Air Force F-15s have also shot down Iranian-made drones near the base.

However, countries in the region that have formidable air defenses have found that they cannot rely solely on these systems to counter and detect drones violating their airspace.

Take the case of Saudi Arabia. When the State Department announced the recent Saudi order for 280 Raytheon AIM-120C AMRAAM long-range air-to-air missiles it noted that the missiles “have been instrumental in intercepting the persistent UAS [drone] attacks that have put U.S. forces at risk and threatened the more than 70,000 U.S. citizens in the kingdom.”

Indeed AMRAAM-armed Saudi F-15s have been used to intercept Houthi drones from Yemen that have persistently violated its airspace, as this dramatic undated video released earlier this year aptly shows. The fact that using multi-million AMRAAMs, or surface-to-air missiles such as the Patriot, against relatively primitive drones that cost, at most, tens-of-thousands to manufacture and deploy, isn’t cost-effective has been repeatedly pointed out in recent years.

On Sept. 14, 2019, a swarm of low-flying explosive-laden drones and cruise missiles penetrated Saudi airspace and struck the critical Abqaiq and Khurais oil facilities with pinpoint accuracy. The attack, believed to have been carried out by Iran, took a mere 17 minutes and cost less than $2 million.

The attackers showed the Saudi kingdom how vulnerable its most critical infrastructure was despite its possession of advanced high-tech air defenses.

The strike package was also able use the curvature of the earth to conceal its movements.

“Most conventional air defense radar is designed for high-altitude threats like missiles,” Dave DesRoches at the National Defense University in Washington told Reuters shortly after that attack.

“Cruise missiles and drones operate close to the earth, so they aren’t seen because of the earth’s curvature,” he added. “Drones are too small and don’t have heat signature for most radar.”

Fighter jets conducting regular low-level combat air patrols might be the only way to adequately detect and counter such threats. However, constantly maintaining such patrols is unfeasible.

Footage from the May 2021 Gaza war showed an Israeli F-16 tracking and shooting down a drone. The fighter was flying so low as it did so that a cockpit warning could repeatedly be heard saying “altitude, altitude.”

Even Israel, which probably has the most advanced multi-layered air defense in the world, seemingly cannot rely entirely on ground-based systems to detect and defend itself against enemy drones.

Then there is Iran. In October, an undated video emerged from a training exercise showing an Iranian MiG-29A Fulcrum and an F-5 Tiger II flying at low altitude during a live-fire training exercise. The F-5 fired a target, and the MiG-29 immediately fired one of its Vympel R-73 heat-seeking air-to-air missiles, which promptly destroyed that target.

What the exercise was exactly for remains unclear. It could well have been the Iranian air force training to counter low-flying drones. After all, Iran undoubtedly does not want to fall victim to an attack of the kind perpetrated against Saudi Arabia back in September 2019.

Iran and Azerbaijan engaged in a tense standoff in October, with the former demanding that the latter sever its close defense ties with Israel. Azerbaijani President Ilham Aliyev responded by posing for photographs with an Israeli-made Harop loitering munition (or “suicide” drone) in an unsubtle warning to Tehran.

One such contingency Iran’s air force has likely trained for is countering such drones in the event of war with its northern neighbor or any of the growing number of state and non-state actors that possess increasingly sophisticated and deadly drones.

In light of this proliferation, one can expect to see many more instances of fighter jets being used to counter these unmanned aerial vehicles in the skies above the Middle East in the near future.