Architecture photography is the practice of photographing buildings or other structures with the aim of capturing their design aesthetics. But the definition doesn’t quite end there. On top of capturing the aesthetic intentions of the architect, a good architectural photograph is itself aesthetically pleasing. 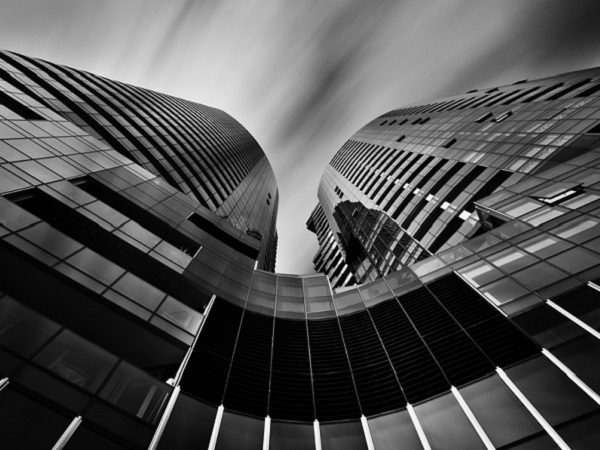 Photographers who take pictures of houses, buildings, bridges, streetscapes, and so forth do so with a range of different objectives. Some do so for commercial reasons. They take photos to sell to developers, builders, or real estate agents who, in turn, use them to highlight and promote their work or to sell the buildings themselves.

The best architectural photography does this in a way that truly captures a building’s essence. It provides context and, in effect, educates the viewer.

Tips for those starting out in architectural photography

When attempting architectural photography, it’s important to not come to your subject cold. You need to get to know the building you plan to photograph in advance. Visit it many times. View it from the outside (and the inside if that is possible), and research its history (and that of its immediate location).

What equipment do you need for architecture photography?

The first thing to remember when it comes to equipment is that you are dealing with static subjects. Therefore, you have no need for things like face-tracking autofocus systems and fast continuous shooting modes.

What you do need is a good quality camera and a selection of interchangeable lenses. In terms of camera, a DSLR is a good choice, while in terms of lenses there is no such things as a best lens. Depending on the task at hand, you should consider prime lenses, zoom lenses, tilt-shift lenses, and wide-angle lenses.

Zoom lenses allow you to capture architectural features that are otherwise inaccessible, while prime lenses deliver the best sharpest pictures possible. Meanwhile, using a tilt-shift lens you have the benefit of adjusting lens angle independently, and wide-angle lenses help you to photograph large structures that would otherwise be too large to fit in your frame.

Beyond cameras and lenses, these days professional photographers use other equipment like drones to capture pictures. Then of course there are software tools like Photoshop and Lightroom to edit and improve your photos.

What are the going rates for architectural photography?

Though rates vary, most good photographers charge rates of around $1,500 – $2,000 per day for interior architecture photography and exterior work.

What to include in your architectural photography?

Several buildings around the world (Sydney Opera House, the Taj Mahal, The Eiffel Tower, etc.) are instantly recognisable. When attempting to photograph them, there is little point in doing so from an angle or perspective that your audience is already familiar with. In terms of composition, always look for something new. Bring a new perspective to your photographs. This holds true for less well-known buildings too. Don’t just look for the ‘best’ angles. Try something abstract and be prepared to look for the less obvious perspective or composition.

Remember that architecture is nothing without people or the broader environment in which it is set. Good architectural photography captures context. Don’t be afraid to use people in photos and provide pointers to the building’s function and history. Explore it up close and uncover something that you (and your audience) didn’t previously know about the structure and its surroundings in your composition.

A selection of some of the best architecture photography 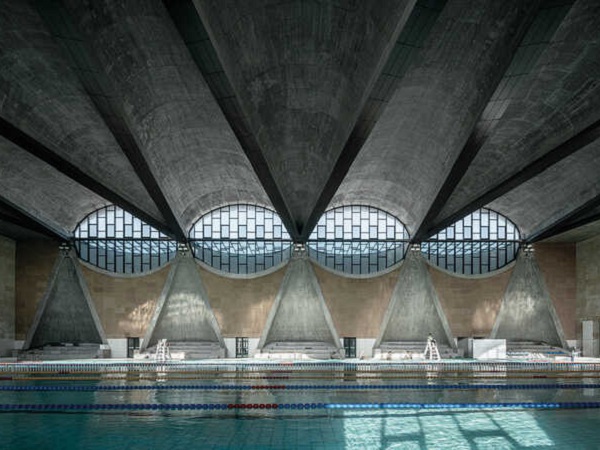 Taken in 2017, this photo at Tianjin University captures the stunning concrete arches on the building’s ceiling as well as the effect that light has on the space. The photograph was named the overall winner of Arcaid Images Architectural Photograph Awards in 2017. 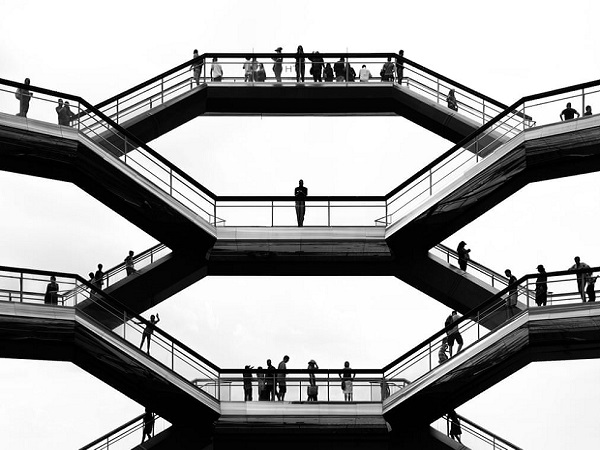 This photo of the Vessel, a gherkin-shaped building that has become a New York landmark, was taken by Columbian architectural photographer, Joan Muñoz Arango. It was shortlisted for the Architectural Photography Awards in 2019. 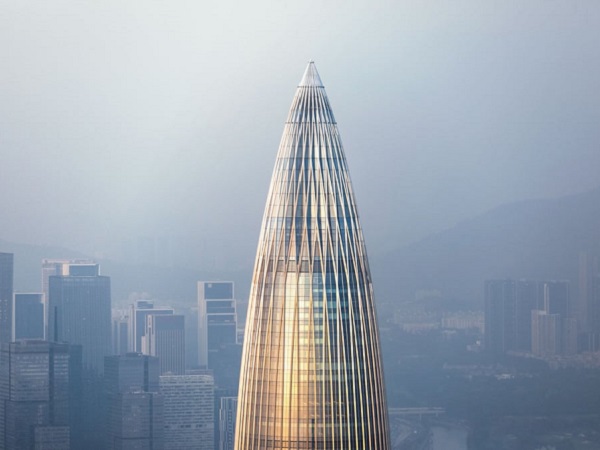 This tower in Shenzen, China is 400m tall and features 56 stainless-steel-clad exo-columns that converge into 28 pillars at the top and bottom and create a diagrid system. This photo of the tower by Su Zhewei was shortlisted for the 2019 Architectural Photography Awards. 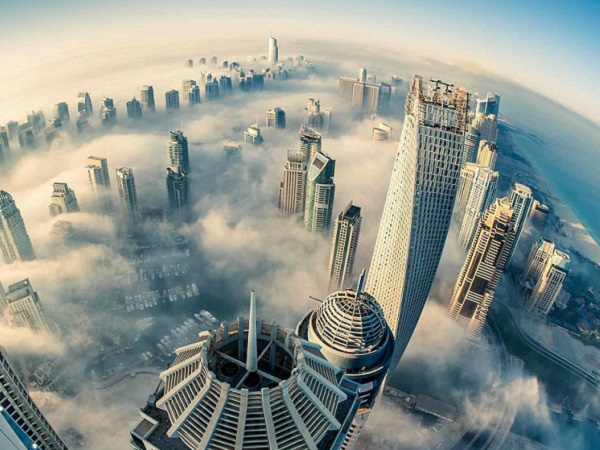 Taken from the 85th floor of the Princess Tower in Dubai, this photograph by locally based photographer Sebastian Opitz was taken with a Nikon D700 and fisheye lens. 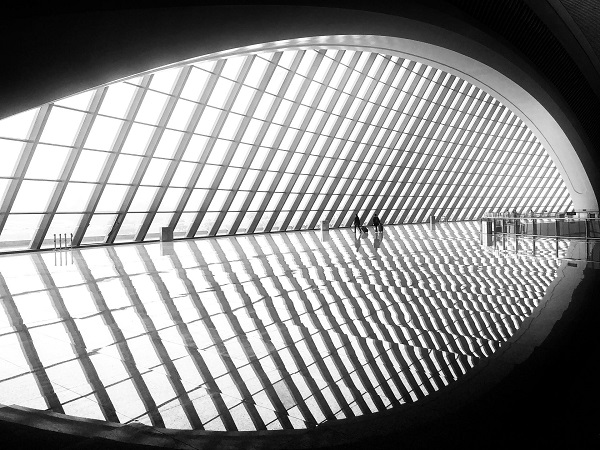 Amazingly, He Zhenhuan took this black and white photo of Chongqing Railway Station in China with an iPhone X. The image, which uses light and shade brilliantly, won the Mobile category’s public vote at the 2019 Architectural Photography Awards. 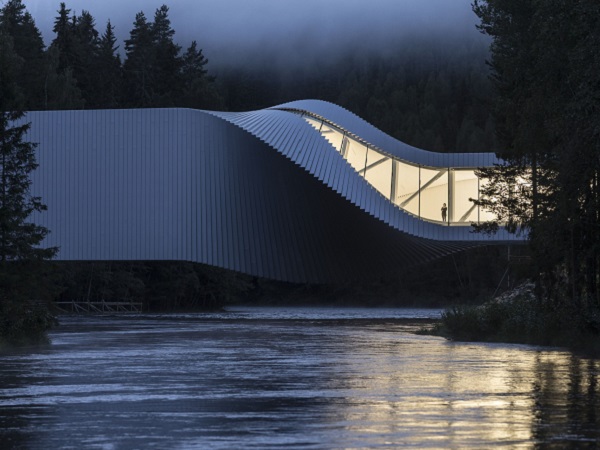 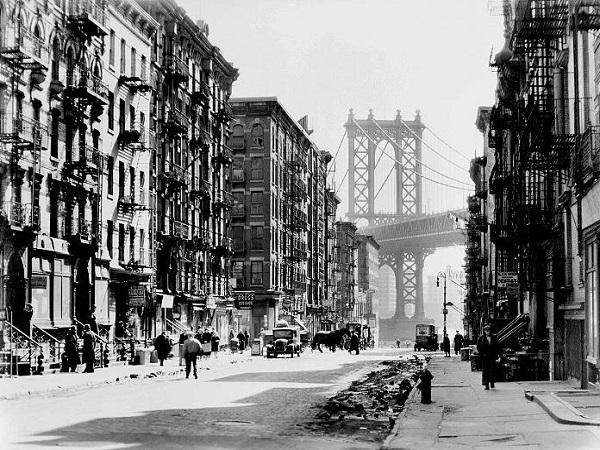 This photograph was taken by Berenice Abbott, a photographer who – during the 1930s – was intent on documenting the nature of change in New York City. This 1936 view along a street towards Manhattan Bridge is a fine example of her work. 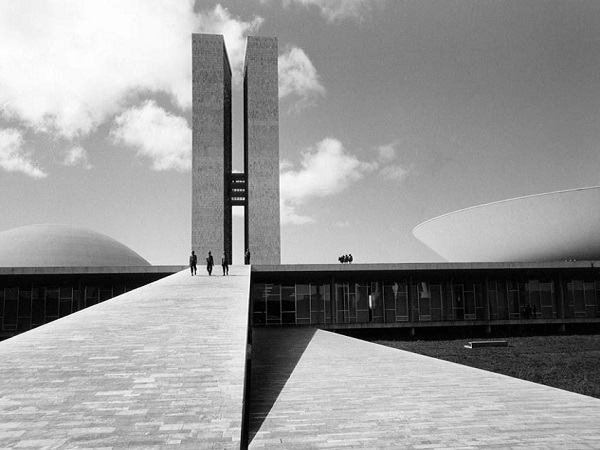 Hungarian-born Lucien Hervé, a photographer who lived much of his life in France, took this photo of Praça dos Três Poderes (The Plaza of Three Powers) in the 1960s.