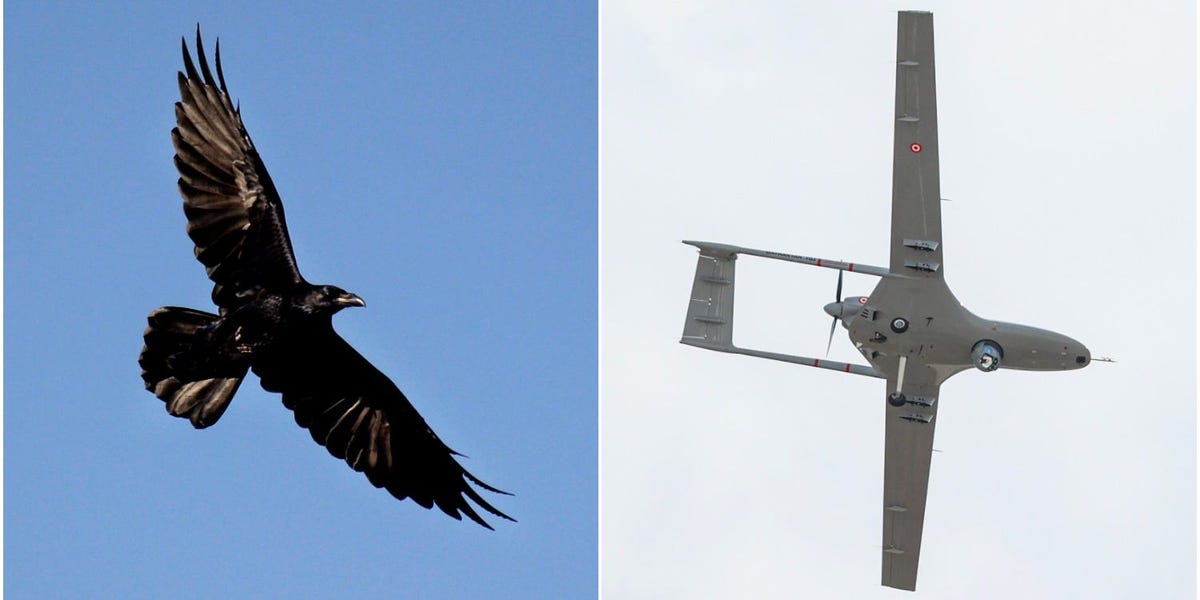 A home drone delivery service in Canberra, Australia, was forced to temporarily shut down after its devices kept getting attacked by ravens guarding their nests, The Canberra Times reported.

Wing, operated by Google’s overarching company Alphabet, has been delivering everything from coffee, medicine, and office supplies to Canberra residents since 2019.

But on Tuesday, it announced it would be pausing its services due to several reported incidents of ravens swooping down on the flying machines. This comes at a time where demand for drone deliveries is surging due to Canberra’s ongoing coronavirus lockdown.

The latest attack was captured on video and posted online by Ben Roberts, a local resident who orders coffee every morning with the service.

He told The Canberra Times: “It’s a matter of time before they bring one down. They think it’s Terminator or something.”

Magpies as well as other birds like hawks and wedge-tailed eagles have also been known to attack drones.

You can watch the video here.

In a statement to customers in the local area, Wing said: “We’ve identified some birds in the area demonstrating territorial behaviors and swooping at moving objects,” according to ABC News Australia.

“While this is common during nesting season, we are committed to being strong stewards of the environment, and would like to have ornithological experts investigate this further to ensure we continue to have minimal impact on birdlife in our service locations.”

A spokesperson for the company also said that contact with birds is very rare out of the many thousands of drone deliveries.

“In the unlikely event that a bird makes direct contact with our drone, we have multiple levels of redundancy built into our operations to ensure we can continue to fly safely,” the spokesperson said, according to The Times.

“Service will be temporarily paused for a small number of our customers in Harrison during this time,” a spokeswoman told the Canberra Times.

Ornithologist Neil Hermes told ABC News Australia that while ravens are very territorial, they have never attacked drones before.

“They will swoop dogs and activity around their nests, but attacking drones is new,” Hermes said.

“At the end of the day, it’s their sky, and we are the visitor. Fingers crossed, if you act fast enough, you’ll be able to save your aircraft and not injure the bird!” Condon told The Canberra Times.

Last month, a 5-month-old infant tragically died in Brisbane, Australia, after the mother dropped it trying to dodge a swooping magpie.