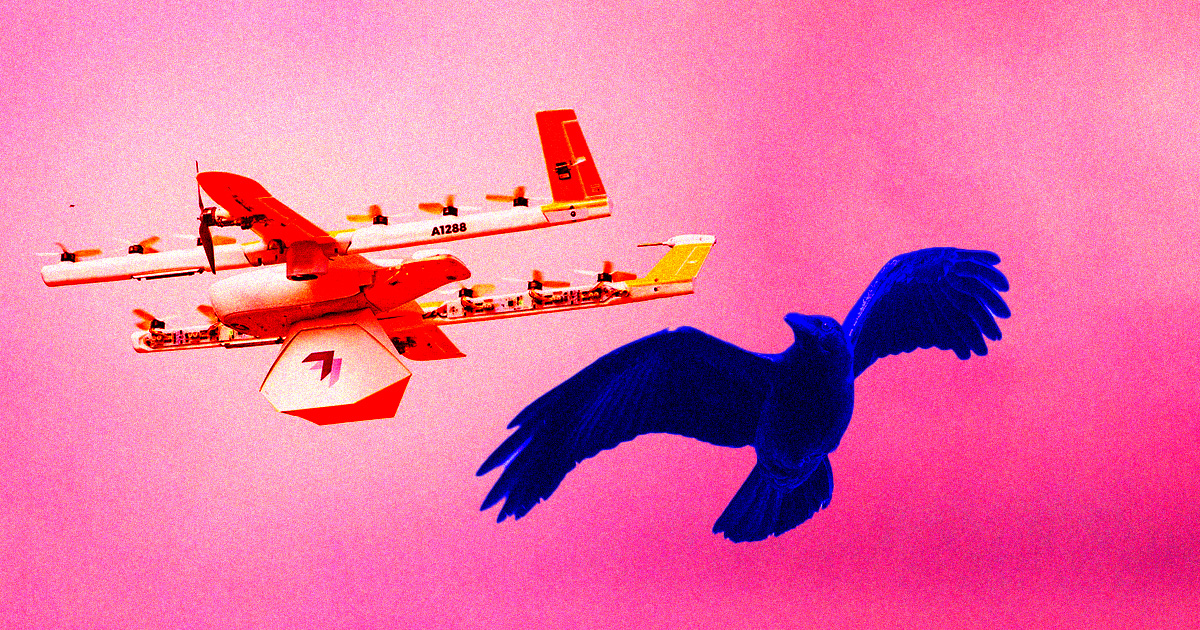 “They think it’s Terminator or something.”

A raven in Canberra, Australia, decided it was fed up with a local business sending coffee to a customer in the area via a delivery drone.

The Australian raven, however, appears to have failed to cut the drone’s path short. After taking a beating, the drone still managed to rappel its payload safely down to the ground.

It’s apparently not the first time birds have attacked one of the drones, though.

“It’s a matter of time before they bring one down,” Ben Roberts, the man who recorded the video and also ordered the coffee told the Canberra Times last week.

According to Roberts, several ravens actually started learning how to avoid the drone blades during their ruthless attacks over several days.

“They think it’s Terminator or something,” he told the newspaper.

A Wing spokeswoman told the Times that the company is now investigating further “to ensure we continue to have minimal impact on birdlife,” adding that services are paused “for a small number of our customers” in the suburb of Harrison.

Drone specialist and instructor Wayne Condon had some wise words for the paper, noting that “at the end of the day, it’s their sky and we are the visitor. Fingers crossed if you act fast enough, you’ll be able to save your aircraft and not injure the bird!”

More on drones: Florida Man Shoots Down Police Drone Because It Was “Harassing” Him

Futurism Readers: Find out how much you could save by switching to solar power at UnderstandSolar.com. By signing up through this link, Futurism.com may receive a small commission.