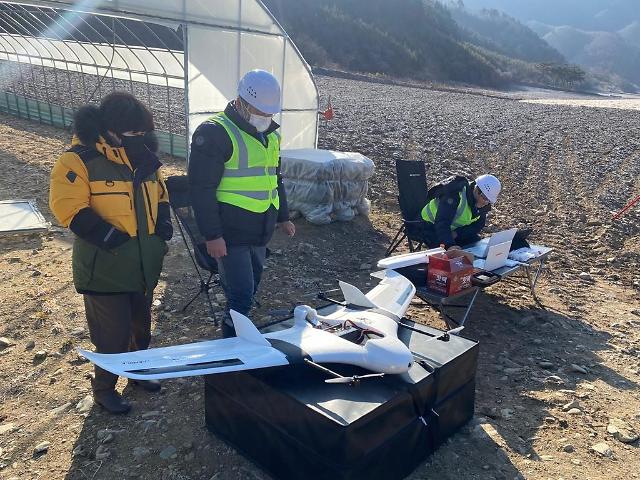 SEOUL — Drone-based smart farming technology was demonstrated at an eastern port city to accurately monitor the growth of cabbages in high-altitude areas. The information collected by drones will be used to establish a network of ultra-precision agricultural data. Precision agriculture is a big data-based smart farming technique designed to reduce operational costs and maximize production.

The drone traveled at an altitude of about 250 meters to monitor the condition of cabbage plantations. By partnering with local governments including Samcheok’s city government, LX Corporation will establish a smart farming infrastructure based on ultra-precision images provided by drones in 2022.

Drones were mostly used to replace dangerous missions of soldiers and rescuers in the early days of their commercial introduction. However, remotely controlled flying robots are being used in other sectors nowadays including food delivery. In December 2021, smart farm drones that can analyze crops’ temperature and humidity were showcased in Chuncheon City located east of Seoul.

© Aju Business Daily & www.ajunews.com Copyright: All materials on this site may not be reproduced, distributed, transmitted, displayed, published or broadcast without the authorization from the Aju News Corporation.