Russia Reveals New Drone Capabilities, Hinting At What It Could Bring To Bear In Ukraine – Forbes 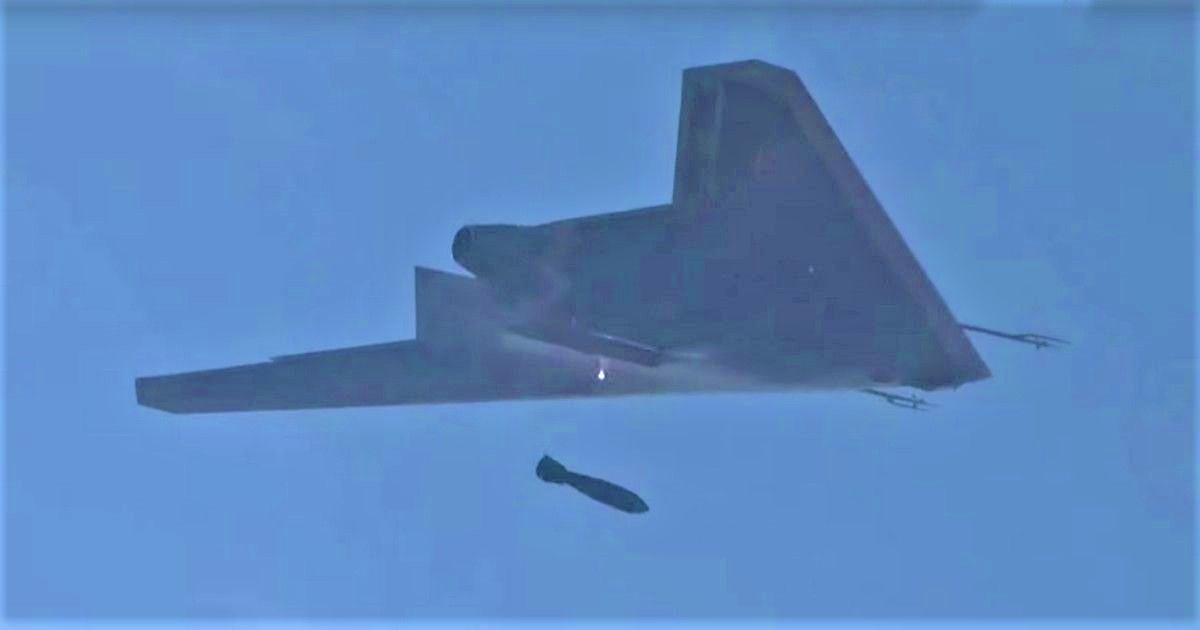 A slew of Russian news reports in the last week have depicted combat drone developments, including systems with no Western counterparts. And while a healthy skepticism is required about actual capabilities, Russia may be starting to show what it can bring to bear in a conflict with Ukraine – real products rather than Soviet-style miltary vaporware.

“I think it’s the Russian Ministry of Defense pushing on its defense sector to produce results promised a while ago,” Samuel Bendett, an expert on the Russian defense scene, and adviser to the think tanks CNA and CNAS, told me.

Drone developments are significant because uncrewed system are likely to play a key role in any plans for a swift victory in Eastern Ukraine with few casualties on the Russian side.

A video from December 19 shows an S-70 Okhotnik (“Hunter”) stealth combat drone dropping a bomb. The Okhotnik has been under development since 2011, so this is one of those overdue projects finally beginning to deliver. Interestingly, the latest version appears to be stealthier than the initial design.

Equally interesting that it scores a direct hit on a target from altitude with an unguided, ‘dumb’ bomb. While Western powers rely on expensive precision weapons. Russia has placed emphasis on targeting. The Okhotnik is equipped with a version of the SVP-24 aiming system developed for the Su-24 tactical bomber. This is able to take into account speed, altitude, wind, humidity and other factors and time bomb release to achieve what is claimed to be comparable accuracy to precision munitions – the makers say it can hit to within three-to-five meters.

Precision bomb aiming could allow Russian drones to hit large numbers of targets with cheap munitions like the unguided FAB-500 1,00-pounder in the video, rather than expending their limited stocks of smart bombs. They may also be able to strike accurately in conditions of intense GPS jamming (a feature of Russian combat operations) which could make JDAM-type GPS-guided weapons to veer off course.

Two days later, Russian Minister of Defense and drone enthusiast Sergei Shoigu announced in TASS the long-range Altius-RU drone had finally completed testing. The Altius-RU is Russia answer to the U.S.A.F.’s RQ-4 Global Hawk, a strategic reconnaissance aircraft. Its development had been help up by a shortage of critical electronics, so the message seems to be that Russia can get or build everything it needs, despite trade sanctions from the West.

In the same discussion, Shoigu stated that Russia’s armed forces had received their first deliveries of new Inokhodets-RU (“Sirius”) and Forpost (“Outpost”) drones. Inokhodets is a Predator-type aircraft able to fire guided missiles — or drop bombs with the same accuracy as the Okhotnik. It was originally due for delivery last year, while the new Forpost is an upgraded, license-built version of the Israeli IAI Searcher reconnaissance drone used to locate targets for long-range missiles. The new version of Forpost supposedly has all-Russian electronics rather than relying on foreign imports.

In yet another development, last week the Russian Ministry of Defence released images of an Orion drone, a close cousin of the Inokhodets-RU, taking down another drone with an air-to-air missile. This is the first time this capability has been shown, giving Russia a drone ‘dogfighter.’ Some commentators have concluded that this is a riposte to Ukraine’s purchase of Turkish Bayraktar TB-2 drones which have proved devastating against Russian-supplied forces in Libya, Syria and Armenia.

Much of Russia’s current diverse burst of drone activity seems to be a response to the success of the Turkish-supplied drones in the Caucasus conflict.

“The Nagorno-Karabakh war last year really drove home the point to the Russian Ministry of Defence that it needs to have different types of drone systems in its arsenal to be effective and precise in combat,” says Bendett.

The other reasons for this sudden spate of drone reports is that it is not enough to have the technology; it has to be known. Turkey’s accession to ‘drone superpower’ status has been driven by extensive media coverage, while Russian developments have taken place in the shadows.

“Many Russian military commentators are lamenting the fact that Turkey is good at promoting its drone systems via a continuous video stream of these drones in action, either in actual combat or during tests,” says Bendett. “On the other hand, Russia displays its successes sparingly, which may have the unintended consequence of creating an impression that its drones are not yet available for combat.”

The rush of drone stories is clearly intended to counteract this impression. Some of the newer Russian drone systems like the Okhotnik are clearly not yet in front-line service, and some news reports — such as the opening of a new drone factory — point to the future. But many Russian military drones are already deployed, and may be ready to fly over Ukraine in what may be the largest demonstration of robot airpower yet.