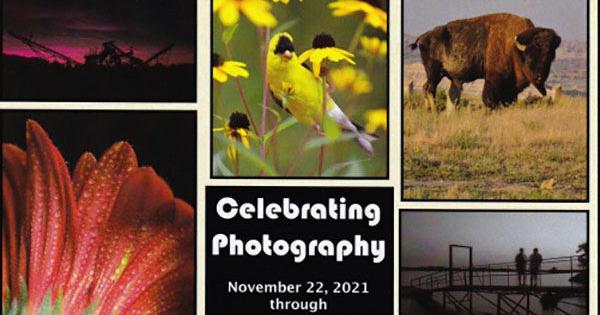 RENSSELAER — Artists with a wide range of talent and creativity put their photography skills on display as part of the “Celebrating Photography” exhibit hosted by the Prairie Arts Council.

The exhibition offered photographers of all ages and skill sets to participate. The annual December show had an open theme and those who are Prairie Arts Council members could exhibit for free or a $10 fee. Nineteen artists exhibited three entries, some that included a series of photos.

“It’s really fun to allow people to pursue their subject matter and passions in any way they want to,” said Bonnie Zimmer, who co-chaired the exhibit with Lori Murphy.

“The idea of celebrating photography is to be broad and I think that we did that. We had some individuals who had some series or groupings, so there was a great variety there,” said Murphy, who is a professional photographer. “We also had a variety of sizes which was nice.”

Murphy, a photography educator, would have liked to see a little more variety in experimenting.

“I think having my students there helped with that. There was a variety of techniques that they used,” said Murphy, who teaches at South Newton High School.

“They tried a number of different things, so trying a show was right up their alley,” Murphy said. “When they learned they had won an award, their eyes lit up. They were truly, authentically excited. This really generates more excitement for them to want to do more.”

More from this section

Two of the students’ prints used a macro lens. One print was a flower and the second focused on eyelashes and an eye. The flower print or “Gerbera Macro,” taken by Sammons, was awarded Best of Show. Murphy said gels were used on a portrait to give an illusion of a dark alley and another picture took pieces of faces and created a new face.

Murphy exhibited a few photographs that experimented with a slow shutter to create the look of soft, smooth water.

“We are excited to see a photo show still being supported by the Prairie Arts Council and surrounding counties,” Murphy said.

Alan McConnell juried the show and was pleased with the variety of images and the ages of the exhibitors. The range of ages of the photographers was from grade-schoolers to senior citizens.

“The topics were quite diverse too, so that made it interesting,” McConnell said. “I went through it a couple of times to get an initial feel. You go around and you fine-tune your first thoughts and come up with thoughts about the winners.”

While McConnell judges the photos, he considers several criteria, such as the composition of the subject matter, whether there are distracting elements, whether the highlights are blown out, and overall presentation. McConnell has judged four shows and hosted a number of them.

McConnell, an award-winning photographer from Delphi, said the Best of Show was “very eye-catching. It is some really nice macro work.”

“Celebrating Photography” will be at the Prairie Arts Council until Jan. 6, 2022. The Lilian Fendig Gallery is open on Tuesday and Thursday from noon to 4 p.m. or by appointment. Call 219-866-5278.