Her trusted lens: Claudia Dian on the art of backstage photography – Jakarta Post

For more than five years, photographer Claudia Dian has been trusted to immortalize the candid moments of notable public figures such as Andien, Tulus and Yura Yunita. To find the beauty in the unpredictable, she highlights the importance of passion and, more importantly, trust.

There is a different kind of high that a photographer can experience when they try to capture their subjects’ unfeigned moments as opposed to having them pose in elaborate fashion photoshoots. In Claudia Dian’s eyes, the high is the element of “as is”. Her five years of being a fully-fledged backstage and portrait photographer had taught her that there is nothing more exhilarating than having certain candid moments immortalized as they genuinely were.

“Photographs are one of the means to archive history and memory, and I am more into that,” said the 32-year-old lenswoman to The Jakarta Post on Dec. 5.

Has she ever felt intimidated by the unpredictable nature of her work? The answer is a resounding no.

“In fact, I love the unpredictable!” she answered with delight.

Born in Jakarta, Claudia spent her adolescence in Bandung, later on pursuing her fine arts degree at the Bandung Institute of Technology. She was first introduced to the world of camerawork when she attended a photography class on her campus. She subsequently felt the urge to learn more about photography for one very simple reason: she found photos were faster to create than drawings by hand.

“I became hooked on photography because I found it instantaneous,” she remarked. “If I tried to draw something, it would take a long time to produce the result. It could take a whole month for me to draw something because back in the day, my drawings could take up space as large as a doorway. But, once I took up photography, I discovered that I could whip up a visual much quicker.”

Her simmering passion aside, Claudia did not consider herself as having the innate aptitude to become a photographer. To hone her camera workmanship, she felt that there was no better training than “taking all kinds of photos as often as possible”. As a college student, she often took her camera to the streets and took pictures of anything she found fascinating, believing that “photography skills are just a matter of habit”.

After graduation, Claudia found employment as an assistant to the seasoned fashion photographer Nicoline Patricia Malina in Jakarta. “I found her photos were different [compared to other fashion photographers] at that time. Her eyes were different,” she said. Working as Nicoline’s assistant for a year, she was in awe with how her boss put her photo subjects “in high regard” – instead of assuming a domineering role in her photoshoots, her boss always tried to exude the spirit of “creating something together” with her subjects.

Claudia soon found various office jobs while maintaining photography as her side gig. In 2017, she decided to pursue photography on a full-time basis. Her reason was, again, a simple one: “I didn’t want to crunch data anymore. I wanted to create again.”

Being a full-time photographer, Claudia decided not to follow Nicoline’s footsteps in fashion photography, instead focusing on backstage documentation and portraiture. Her interest in the field was rooted in her experience in college, where she was briefly hired as an unpaid freelance photographer for music webzine Deathrockstar to photograph Indonesian jazz-pop singer Andien. The singer was so impressed by Claudia’s work that an enduring working partnership between the two soon blossomed, where the burgeoning photographer was often asked to capture Andien’s backstage moments for her social media on a freelance basis.

“She was the first who paid for my work,” said Claudia. 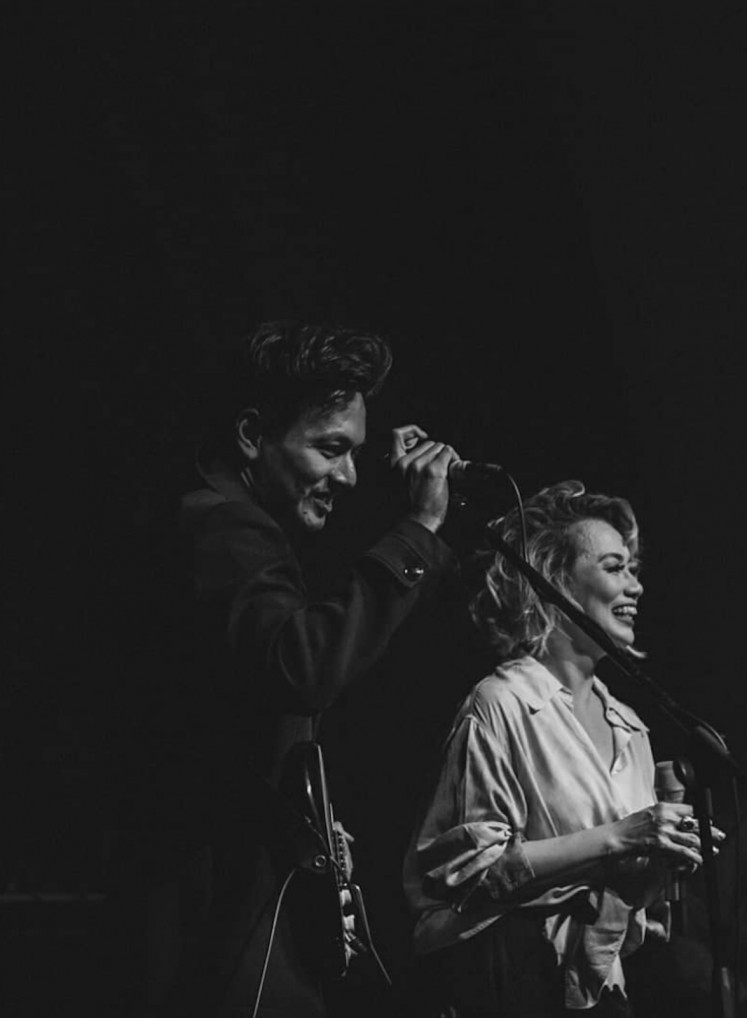 Her work for Andien soon caught the interest of fellow jazz-pop singers Eva Celia and Tulus—all of whom eventually became Claudia’s regular clients. Once she decided to pursue photography full-time, her list of clients and subjects expanded to include notable musicians such as Yura Yunita, Rossa and newcomer Dere. She has also had the opportunity to capture portraits for other public figures such as actress Marsha Timothy, actress-singer Tatjana Saphira and film director Kamila Andini.

Learning from her experience so far, Claudia summarized the easiest path to becoming a backstage photographer: “You take pictures for [social media], you tag the pictures’ subjects, and you just keep going at it. Therefore, should one of those subjects be looking for a photographer someday, at least you are on the top of their minds.”

In her every venture as a backstage photographer, Claudia always looks for one crucial visual: “the subjects’ other sides that even the subjects themselves have never recognized before”. On that account, she concurred that there was always a possibility that her photos could end up polarizing her clients and subjects. That being said, she is not afraid of possible criticism.

“I see criticism as something ordinary. If someone says the photo I took was unflattering, I’m okay with that,” she said.

Claudia takes a slightly different approach when it comes to taking portraits of her subject, her ultimate goal being to capture “the soul” of her subjects and have it reflected in the photos. “When my subjects look at the photos, I want them to feel proud of themselves,” she quipped.

Unlike fashion photoshoots which require extensive directions from the photographer, to crystallize her subjects’ most authentic moments, Claudia believes that keeping a respectable distance between her and her subjects is paramount. “Looking back, I feel like my subjects have always appreciated my unobtrusive approach,” she said.

This particular approach has earned her the much-needed trust from her subjects, especially concerning moments that might be too sensitive to be captured by a camera.

“For instance, if the subject is actually a smoker, even though they don’t smoke publicly—they trust me not to take photos of them smoking. Another example is when the subject is breastfeeding their baby—I know better than to take their photo,” she added. 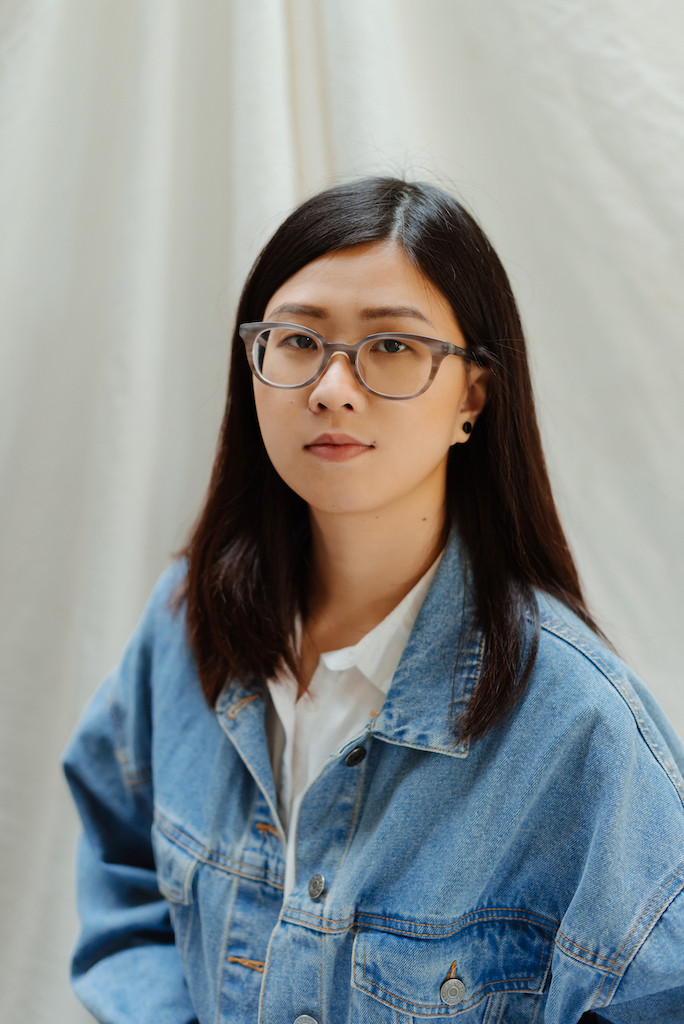 Claudia highlighted that there is a stark difference between a backstage photographer and the paparazzi. Unlike the latter, she has no interest in violating her subjects’ privacy. “I much prefer giving my subjects their space so that they can be as free as they please. I prefer having my subjects be themselves in front of me without worrying about the photos I’m taking.”

On top of privacy, Claudia always takes mental notes on “how not to get bored” as she often has to follow the same subject for months—an assignment that could end up being monotonous for a photographer. She compared this particular challenge to being in a “playground”, reasoning that while the subject is unchanged, the subsequent photos can still offer lots of variety considering that “the location could be different, the treatment of the event could be different and the subject’s mood could be different”.

When all is said and done, Claudia believes that she has done a good job once she knows that her photos can “conjure the feels. Once you look at the photos, you can feel something. Joy or even sadness”.

Claudia’s photography bucket list consists of “senior” female leaders such as Indonesian Finance Minister Sri Mulyani Indrawati, former Maritime Affairs and Fisheries minister Susi Pudjiastuti, and batik and textile designer Obin. Speaking of distinguished women, she could not help but notice the lack of female photographers in Indonesia—the cause of which was not that difficult to decipher.

“Photography is mostly working in the field, so perhaps there are certain ‘fences’. Not all women are privileged enough to go for that field,” she theorized. While her parents have been supportive of her photography career, there are still moments when they hope for their daughter to “spend more time at home and not travel as much”.

As Claudia is about to enter her sixth year as a full-time photographer, she believed that to carve a career as she has done so far, two mental qualities were requisite: confidence and determination.

“You don’t have to follow anyone’s style. Be yourself with the work that you create and then, be confident in what you create. As for the rest? You just have to work hard.”

For Claudia Dian’s portfolio, check out her Instagram @claudianrh and @_bycld